Microbiom - the totality of all microorganisms living in the body and on the human body. The human microbiota is a collection of microbiocenoses, colonizes all surfaces of the human body that are in contact with the environment, including the skin, respiratory system, gastrointestinal tract and genitourinary system.
The amazing world of microscopic organisms, which lives in each of us, is of tremendous strength and diversity, it brings invaluable benefits to a person by participating in the most important processes of his life, protecting against pathogenic microbes and unfavorable changes in the environment. In total, the number of cells of microbial populations is at least 100 trillion. In the human microbiota approximately 1000 species of bacteria were found. In addition to bacteria, other microscopic inhabitants, in particular arche, fungi, protozoa and viruses, are present in human microbiomas, which, in the normal state of the microbial-immune system, contribute to the performance of microbiocenoses of their physiological functions. The metabolic potentialities of the intestinal microbiota are virtually equal to the capabilities of the liver, so microbiomas can be considered as an additional organ.

Most bacteria live in the oral cavity and in the large intestine, where the pH value is close to neutral. The acidic environment of the stomach inhibits the growth of bacteria, so they are less there. In the small intestine the diversity and abundance of microbial communities grows and reaches a relative maximum in the ileum. In the large intestine the peristalsis slows down, the pH rises, which creates comfortable conditions for the multiplication of bacteria that participate in the breakdown of carbohydrates and proteins, the synthesis of vitamins and fatty acids (SCLC), etc.

Microbiomas should be considered as a separate human organ, although it is a bit specific. It weighs as much as other organs weigh, a little less than a kilogram or so. And although it is not clearly distinguished, as, for example, the heart or liver, the organ does not need to have a shape to be eligible for existence. The immune system, for example, consists of many cells scattered throughout the body, but this is an essential feature of the organ, which is an organized system of cells.

Microbiomas are also organized. Biologists distinguish about 100 large groups of bacteria, divided into types depending on their different biochemical capabilities. Human microbiomas are divided into four types: Actinobacteria, Bacteroidetes, Firmicutes and Proteobacteria. They live inside the body and produce only certain types of bacteria.

New discoveries of scientists have proved the influence of human microbiome on:

The role of microbiome for the immune system

The human microbiome has a huge biological potential for protecting the macroorganism. A healthy microbial organ is able to compensate for a sufficiently high potential of negative factors. And only after a serious damage to the protective mechanism of the biocenoses, the load goes to the immune system and other organs that, with loss of support from the indigenous microbiota, quickly undergo pathological changes, which leads to the development of various diseases and their serious complications.

Scientists from the University of California, the University of Arizona and the University of New Mexico believe: "The point is this: it is beneficial for bacteria that a person consume certain foods, because they contain substances that help the bacterium to grow. Some prefer fat, some sugar. And they affect a person by releasing signal molecules in the gastrointestinal tract. "
In other words, bacteria control us. It seems to us that this is what we want, but in fact our small inhabitants want one or another.

Nobody will deny that bacteria affect our digestion.
- bacteria digest fats, proteins and carbohydrates, which could not digest our digestive juices and lay them down to the simplest elements, to amino acids that our body is already able to absorb.
- Bacteria promote the absorption of calcium and other trace elements.

That is why it is so important that there is a balance and those bacteria that are able to help digest the food that we consume.

Professor Claudio Franceschi of the University of Bologna, UNIBO, Italy, made an amazing discovery on which the conference "Genetics of Aging and Longevity" was held in 2014, where the professor said: "100-y.o. people really have important differences in the microbiome of the organism from those who live on 30 years less. Bacteria that have a hundred times more genes in our body than our own, and they play an important role in longevity. "
In general, just as we can catch obesity, we can also get infected with either old age or youth if we have right microorganisms inside. 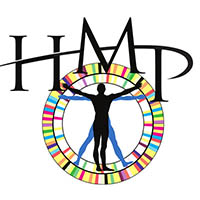 The aim of the project was to characterize all the microbes present in the human body, for which scientists took tissue samples from 15 places on the body of 129 men and from 18 places in 113 women. All volunteers - healthy people aged 18 to 40 years - were given three samples of the mucosa from the inside of the cheeks, nose, skin behind the ear and the ulnar fold, as well as fecal samples.

According to the results of the genetic analysis of the biomaterial it was found that more than 10 thousand species of various microbes live in the human body. According to the authors of the study, this diversity of microbiota provides a person with a much larger number of genes than could be imagined. So, if the human genome contains 22,000 genes encoding proteins to regulate metabolism, microbiome adds about eight million unique bacterial genes.
At the moment, studies are being conducted that would show how the composition of microorganisms differs in a person with a certain disease from a healthy person with the further goal of preventing and treating diseases.

What affects the state of human microbiome?

Like any other human body, microbiomas can be exposed to adverse effects and lose their useful functions.

The state of microbiomas is affected by:

With the adverse effect of these factors on the microbial, its pathological changes develop, called dysbiosis.

Dysbiosis is dangerous because it can cause pathological changes in any other human organ, including the brain. It was found that such diseases as food allergy, asthma, irritable bowel syndrome, type 2 diabetes, obesity and other manifestations of metabolic syndrome, autoimmune diseases (rheumatoid arthritis, multiple sclerosis, psoriasis), bone disease, gastroenterological, infectious , oncological and cardiovascular pathology, etc. Even the mood of a person, the development of autism, depression and schizophrenia can not be avoided without the intervention of a modified microbiome.
Thus, maintaining a healthy microbioma is as important for every person as maintaining all other organs and systems. The care of each person about their own microbiome should include a complex of measures consisting of rational nutrition, rejection of bad habits, adequate use of medications and other criteria for a healthy lifestyle.

Products of the Company