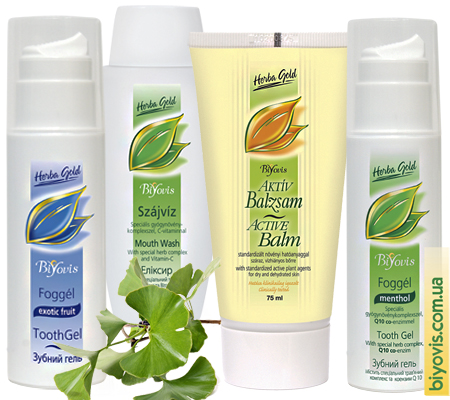 In clinical practice I use the Tooth gel and Active balm. For patients with gingivitis moderate severity I recommend to use the gel topically, on the recommendation of the company. As a result of this application, patients reported less bleeding and pain when chewing. Decreased swelling, redness of the gums; the gums tightly to the teeth sakam. Such changes were observed after 5-6 days after the start of use of the gel twice a day. Patients of periodontitis and severe forms of gingivitis additionally applied the gel in the dilution 1:1 with isotonic solution of sodium chloride in the form of installation in periodontal and gingival pockets, and in the form of applications on the gums. A significant decrease of inflammatory activity was observed after 3-4 procedures.

Active balm applied separately for applications: on the day of the inflammation of the gums twice a day with duration of 30 min, patients conducted independently after appropriate training. In addition, the balm was used for applique on the site of the gums in the projection of the root apex of the tooth, which was due to endodontic treatment, in the case of pain, after sealing the channel. There was a significant decrease in the activity of inflammation, quickly decreased swelling, pain, which soon disappeared completely.

To accelerate the process of regeneration balm used on the operated areas after the curettage of gingival pockets. In order to more long-term impact on the affected gum tissue, we do the applications - a bandage from a mixture of Tooth gel and Active balm 1:1, which thickened white or blue clay to the consistency of firm dough. This paste was left in the periodontal pockets and outside the gums.

Therefore, it should be noted that such products of the BIONET company, as a Tooth gel and Active balm can take a worthy place in the arsenal of a dentist.