The active substance of Biomax is the formula of compounds called arabinogalactan is a dietary fiber of natural origin, which contributes to a significant improvement of the gastrointestinal tract, especially the colon, and consequently - immune system.
693,00 грн
Manufacturer BIYOVIS (Bionet), Hungary
Ask a question about this product
BIO SHIITAKE MUSHROOMBIYOVIS TEA
Back to: Dietary supplements 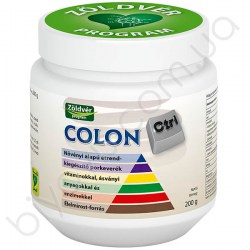 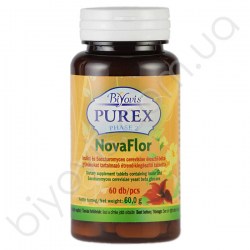 The active ingredient of Biomax is of formula compounds called arabinogalactan, which represents a unique dietary fiber of natural origin, which contributes to a significant recovery of the gastrointestinal tract, particularly the colon.

The condition of the colon determines the efficiency of the immune system, so it is important to maintain in a healthy condition. Clinical studies of the product showed that, starting from the third week of the drug in the blood is very markedly increased the number of so-called macrophage, which is a clear symptom of the activation of the immune system.

When the blood increases the concentration of macrophages, the body is able to more effectively destroy pathogens coming from outside, before they multiply and cause disease.

BIOMAX is a preventive measure against communicable diseases (e.g. cold, flu). The active ingredient of the drug comes from a tree growing since ancient times in America, from the so-called "Larch-tree," which American Indians have used for millennia to treat. It's a completely natural substance, containing no solvent residues or other foreign substances. The drug has another important effect, the so-called probiotic action. This means that under its influence in the body multiply beneficial lactic acid bacteria that play an important role in maintaining intestinal health. Compared to probiotic preparations, which are introduced into the body alien lactic acid bacteria which are not always effective, this drug leads to an increase in the number of our private, efficient lactic acid bacteria, providing, thus, guaranteed beneficial.

You can write your comments, feedback, ask a question here.
Units in box: 1